News, views and resources from the home of Big White Duck stacks.

Parochialism and Archetypes - keep them out of your business

Stay rational, stay objective, work relentlessly and you will succeed. 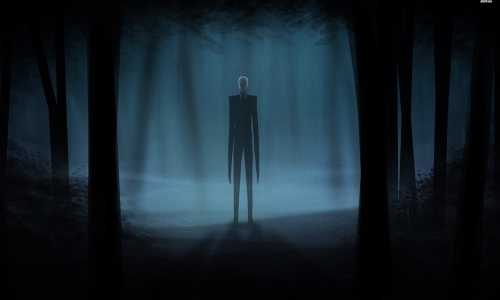 Whatever happened to critical analysis and a reasoned appraisal. Seems it's gone missing in action sometimes.

The first thing you learn as a scientist is critical analysis, open mindedness and an absolute desire for the truth. Funnily enough these also make excellent traits to run a business and manage people.

The enemy of any organisation or system is parochialism or the tendency for narrow mindedness and partisan opinions. Unfortunately this is implicit to the human condition and a process that is often difficult for individuals and organisations to overcome. Working in a global market teaches a simple lesson in this respect: the forthright application of an "ours is best" attitude or "they don't understand" is not only wrong but also highly detrimental to any business, large or small. This of course applies equally to employees, suppliers and customers.

The more entrenched that parochial attitudes become, the more difficult it will be to succeed and make a real difference in either ones own life or those with whom we interact.

I have lost count of the times that I have told people this. No amount of barrier building can prevent customer dissatisfaction and ultimate loss to a business. In fact the contrary is true. Only by engagement and by the supply of a superior product and/or value offering can customers be retained and ultimately increased in number. I often welcomed it when customers  discussed competing companies and even tried their products and services. Why? because I believed in our products and was always willing to learn. Ours was not always best and when a customer jumped ship it presented a big red flag with the word IMPROVE on it.

This is the critical moment of choice. A parochial attitude would lead to the digging in of heals and the thought that they didn't understand properly - "it's not us, it's them". At this point we  return to our reasoned critical analysis - "is it us or is it them?"

Don't confuse this with some sort of soft overly progressive ethos, it may well be that you are perfectly correct and they are as mad as a box of frogs. In which case it is "as you were" and back to business. The crucial thing, though, is to reach this conclusion in a calm, logical and utterly rational manner.

Of course there is a third case in that both parties are right or both wrong for that matter.

Even without a parochial attitude, it is human nature to protect what is yours and those around you. This is a good thing an is largely responsible for the success of the human species. By the same measure it is arguably responsible for more death, destruction and upset than any other trait we have. We'll save that for another day though.

In the grips of parochialism and as markets become more competitive or even shrink,  individuals, sometimes involuntarily,  try to exert increasing levels control over their employees, suppliers and most notably customers. This sort of territorialism is always detrimental to all concerned. Groups of like minded people will form allegiances and reinforce each others attitudes often flying in the face of our tenet of objective decision making and leading to micro consensus and yet macro conflict.

All these pressures to make the wrong choice are exacerbated by dependency  Any business that relies upon another for its core operations places itself in a precarious situation. When conducting due diligence for investors, this is the most likely cause of a failure to secure funding. This is not to say that it cannot be overcome but too often there is no binding contractual agreement or long term assurity between the parties.

Vulnerability depends in large part on where you sit in the pyramid of dependency and more importantly who is above. In the case of a small independent website developer, basing ones entire existence on a single product is not a great idea to build a viable long term venture. Many eggs and many baskets spread the risk as does the size of those above you in the pyramid. A graphic designer reliant on Adobe is thus a much lower risk situation than one solely versed in a small indie app.

This follows all the way up the food chain. With the birth of the Internet software and services industry it has never been in sharper focus. If ones dependencies are not appropriately diversified, a business can be eradicated entirely in a matter of minutes by whatever other entity it depends on.

The history of software makers providing add-ons for major products is well established and again the risk of dependency is mitigated by the size and longevity of products such as Adobe Photoshop. Plugins for small indie apps are consequently more venerable, add-ons for plugins more so and at the bottom of the food chain lies the user of a third or fourth tier product.

Building a solid and scalable business of any size depends on the ability to successfully implement these ideas but by the same measure takes a lot of work. This is no different from any other business sector. Everyone who has done it successfully has been there and it takes total commitment, very little sleep and single minded focus.

I often hear people argue that it is not important to them and that they are "fine as they are". This still staggers me in the light of world events and the  cycle of change, be it at the smallest local level or with large international contractors.

Being blinded by an archetype is almost like the anti-matter twin of parochialism. They often influence us in our choices, are intimately linked, but when they materialise together the result is certain annihilation of rational decision making.

Strictly speaking an archetype is a pattern of ideas from which copies are made. More recently in the media age it has become synonymous with celebrity and latterly with the so called technology evangelists. Everyone, no matter how rational, secretly harbours a number of archetypes within their inner self. Prominent personalities in any field who strongly exude strong traits or ideas are easy for us to latch on to as a prototype for our own behaviour. Often though this involves a tunnel vision view from a partially informed position and the dehumanisation of the person into a mere abstraction - just look at the public disappointment when truths are revealed in the media and the flawed human behind the archetype is revealed.

What has this got to do with business? Everything - it turns out that we do this with almost everyone we meet or encounter and it can seriously cloud our judgement. These things are difficult to admit and easy to explain away with complex justifications. The fact is though that commercial decisions, from the smallest and most trivial to the largest deal you have ever done should be made through a process of logical rational thinking. "He's a nice guy" or "because I like that company" are not valid reasons, neither so and much more dangerous is the "I won't buy from them because..." attitude.

Get on with it

Deal with who ever makes the most suitable solution to your problem whilst ensuring that you can trust them. Buy from, or supply to, people that you dislike intensely (within the scope of your moral boundaries of course) so long as they provide the best opportunity for you to grow and be profitable.

Your business is not a charity, never under sell yourself. The same applies to your suppliers and customers so don't expect to profit at others expense. A successful and long term existence in the dependency pyramid relies on everyone making a living. Quit griping, start thinking and get on with it. Some of us are winners, join the club.